"Soon as the evening shades prevail,
The moon takes up the wondrous tale,
And nightly to the listening earth
Repeats the story of her birth."
~ Joseph Addison 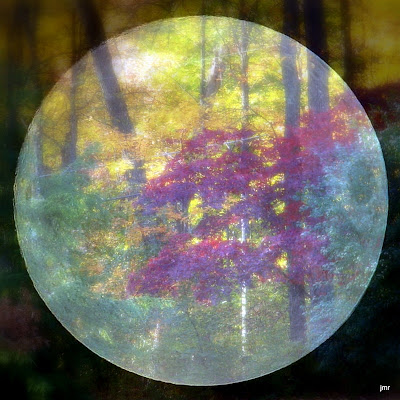 Dear Joey,
I've been loving the sky these last few nights. Clear and calm with that beaming orb lighting up the entire earth. We're getting temps in the low 70's and high 60's finally at night (76 this morning- boo). Next week we're back to summer they say.

Anyway, beautiful photo and your recipes are getting me in the mood for fall. Sounds scrumptious.
Happy Sunday.
Meems

The moon was beautiful last night...or was it the night before. I can't remember, but I did look up and notice that it was mostly full.

Cauliflower is one of the vegetables that I struggle with. So I am always on the look out for recipes that might help it taste better. This looks like a good one.

And then there are the mouth watering recipes.... oh yum. Oh look, oh yum, oh look...

Oh that moon, Joey! It is hypnotic! The cauliflower recipe calls to me and will be saved for preparation. Thanks! :-)
Frances

What a great autumn supper, it sound really delicious. I hope we get a clear sky tonight so we all can enjoy the full moon.

Thank you, dear Meems. Fall surely found us (frost on the punkins'). Enjoy the summer-like weather for me ... it will be quite some time before I feel the warmth again! (Daughter just returned from Amelia Island last week and except for humid bad hair days, had a fabulous time with her cousins).

Aw yes, Fishbone's ... a great spot, Lindalou. Have you even been to Mosaic in Greektown? Give the caulifower and try and let me know ... you just might become a believer!

You are a dear, Jen, and thanks. I love preparing game birds in fall, in fact, I'm dying to get my hands on a wild turkey (we're on the 'turkey trot' here at the lake where as many as 50 parade through our property, teasing me).

I'm a bit loony about the full moon, Frances. In fact, I'm at the lake and the loons (getting ready to fly south to visit Meems) yodeled their praise also. I love the cauliflower recipe and hope you to too!

The full moon is always a joy, Tyra. Do hope you view it tonight ... and when I look up, I'll smile and think of you, dear friend!

Love your moon, Joey - so interesting!

I always look forward to your photos of the full moon, Joey, and the Native American names for them. So lovely!

The recipe for cauliflower sounds delicious!

Joey, when I saw the moon come up last night, I thought of your lovely photos. And you didn't disappoint with this one. :)

Hope you are doing okay. I think of you often and keep you in my prayers.

It was finally clear enough last night to see the moon. It was riding over my shoulder as I drove home.
Marnie

How sweet Rose! Yes, the cauliflower is delicious ... fun to slip on plates of those who didn't think they liked cauliflower as with trying a twist on old standards for spinach, squash, beets, peppers etc. ... I've converted many a veggie non-believer that these are not only good for you, but 'simply' taste good!

Thank you, dear Beckie ... I do love MY moon and thank you for your concern. As you can imagine, it was a tough weekend at the lake addressing Nancy's affairs and getting her house ready to put on the market. But you know what makes me happy ... seeing Thelma & Louise pop over, back to back :)

Wonderful post! Why am I so hungry now? hmm ha ha! The recipes look awesome! Great job!!.. love the moon picture! you always have such a beautiful blog! I enjoy it very much!

Glad it was clear enough to follow you home, Marnie ... it was so bright shining through my bedroom windows, it actually kept me awake most of the night :)

Thank you, dear Kiki, how kind! I love MY moon (a long story but a gift from my father when I was 4).

A colorful moon indeed! I am seeing the full moon .. I suppose the wonderful thing about autumn!

An autumnal gift, dear Naturegirl! Do hope this beautiful season surrounds you with many blessings.

Having just discovered your blog, I have to say, I'm loving it ! Thank you so much for all your great posts

I love your picture of the moon. It looks magical and enchanting!

Thank you for visiting and your kind comment, Elise. Do hope you return.

Hello Autumn Belle and thank you. Can you imagine our world without the enchanting and magical moon!

Hi Joey, what a fantastic picture - lucky you. I sat watching the moon last night until I got too cold and had to go in! Don't know why I didn't think to take a photo or two ..... perhaps I was too mesmerised :)
Hope things are starting to get a bit better for you now.
*hugs*

Gee thanks, Nutty. Believe me, I understand ... the moon draws us all in, enough to simply enjoy. Autumn hugs!

Apple Thyme Glaze... sounds yummy. Joey please... do you share the recipe for your photo too? I am stunned and trying to understand... It is mesmerizing. A work of art. Your are obviously clever with more than just a kitchen mallet... a simple play of words... your culinary art is well versed with herbs ... sweet and savory... a delicious variable edible palette. Carol

How kind, Carol ~ thanks to editing software, the photo was fun to work on. And, thanks to my herb garden, I also love to play around with seasonal flavors in the kitchen. Happy autumn!