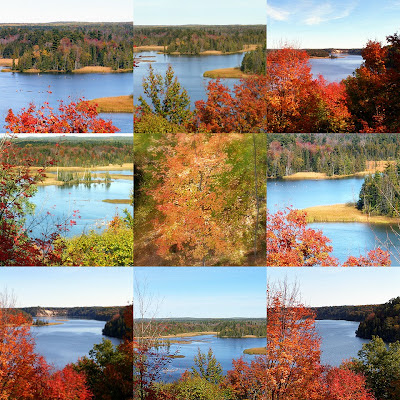 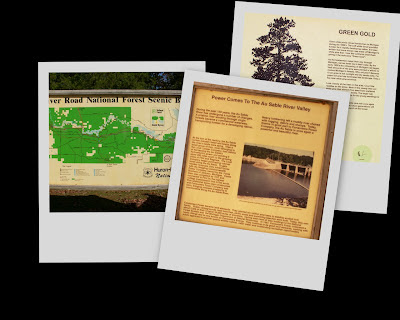 The AuSable River
"The AuSable River is without question Michigan's most famous trout stream. The four branches--the East, Middle, North and South--draw fly-fishers from around the world. After the confluence of the East and Middle branches just west of the City of Grayling, the Mainstream, as it is called, is joined by the South Branch and then the North Branch before it flows over 200 miles to Lake Huron at the City of Oscoda.
Indian tribes of the region had known the importance of the AuSable's waterway for years before French trappers began exploring the area over 300 years ago. Although Michigan's northern interior remained uncharted until the 1830's, early explorers used the AuSable as a mid peninsula route from Lake Huron to Lake Michigan by following the river upstream, portaging through Lake Margrethe and then downstream on the Manistee River.
Rube Babbit, the first Conservation Officer in Crawford County, who has been credited with first planting brook trout in the AuSable River and significantly contributing to the evolutionary design of the traditional AuSable Riverboat. After Michigan was granted statehood in 1837, railroads opened the region to logging and numerous dams were constructed on the AuSable to support the log drives. The railroad and lumber boom gave rise to many northern Michigan cities and brought many sportsmen to the banks of the AuSable. By the 1890's the reputation of the AuSable's fishery was drawing fishermen from around the world.
Along with many towns of the logging boom of the 1800's, the grayling, a formerly abundant native fish on the AuSable and the City of Grayling's namesake, has all but disappeared and is now a protected species. Now the trout, originally non-indigenous to the AuSable, holds top billing. Many areas of the prime trout habitat of the AuSable are now designated as fly fishing only and "catch and release" fishing only."
( http://www.troutbums.com/Fishing/?fuseaction=article&ArticleID=80706 )
__________________
RAINBOW TROUT HEMINGWAY
with Lemon Brandy Butter Sauce
~ Known as an avid fly-fisherman, here is a delicious Hemingway adaptation compliments of the historic Walloon Lake Inn (The Connoisseur Up North)
*
4 9-oz. boned trout
2 Tbsp. chopped shallots
3 Tbsp. fresh lemon juice
salt & pepper to taste
6 Tbsp. butter
1 cup sliced mushrooms
1/4 cup brandy

Wow! What a beautiful scenic photo.

Thanks Jill ... a great compliment coming from you.

The trout recipe sounds absolutely delicious! I would like to try it.

I enjoyed learning about the AuSable River. It sounds as if it is a trout fisherman's paradise.

Indeed, the AuSable River is a treasure, Kate. Trout is such a treat ... do give the recipe a try. The inn where the recipe originates from is quaint ... stayed there last summer and dined on this recipe ... memorable!