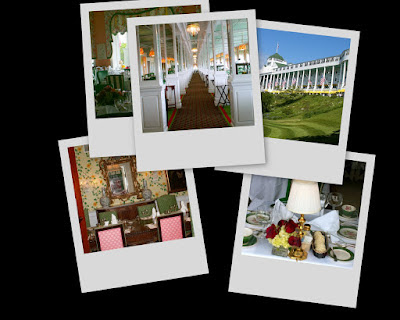 Thanks for posting the recipe! I have to say, though, I grew up going to Mackinac Island and the Grand Hotel. I have probably eaten 50, 000 Grand Pecan Balls, myself! LOL . Just had to add: when serving, the sauce DOES NOT get poured over. It is in the bottom of the pewter dish and the Grand Pecan BAll rests in the middle.

Hi Jeffery! I have eaten my fair share of these Pecan Balls also and I agree with you but this is how they shared the recipe so ... it's nice to add this footnote :) These photos were taken on the island when the lilacs were in bloom ~ heavenly! Hope you had a chance to view those also and thanks for visiting.